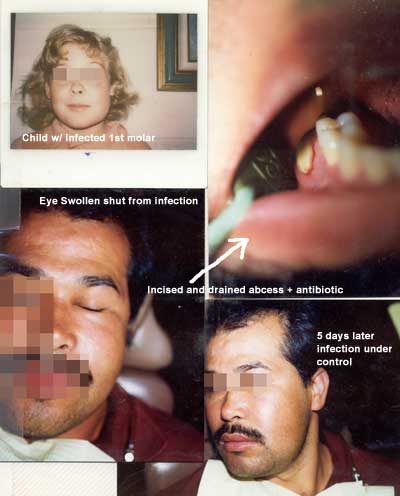 This girl was treated a quarter of a century ago. Her mother neglected her permanent first molars and they became infected. I opened up the tooth to allow the puss to drain out. With antibiotics, she was under control in about five days. The man below had a failed root canal from another dental office. His case required me to cut into the abscess to get drainage. Again, this was a case that took about five days on antibiotics to control the infection after the drainage. These patients opted in for IV sedation because the pain was so unbearable, but at least this way, they did not remember any pain from the procedure itself.